Masterplanning for snow – Being buried is not inevitable (part one)

Tahrana has over 15 years of experience in microclimate, including pedestrian wind comfort, snow drifting, snow infiltration, highway snow drifting and roof snow loading. She has provided expert guidance during concept design, master planning and detailed design phases of over 800 projects worldwide. She provides technical direction and leadership for her team, as well as creative solutions for her clients.

My Passion for Snow

I admit, I’m fascinated with snow. I like the way it sounds at -40°C, the way it blows ghost-like across back roads on my commute, the way it swirls. This could be due to the more than ten years I spent living in the Canadian Arctic, or it could be fate. However, countering this fascination is a frustration with how the effects of snow are addressed within community planning and design.

In North America, snow can accumulate up to nine months of the year, it wreaks havoc on commuters, annoys property owners due to ongoing maintenance, and impacts municipal budgets. Some of these impacts can be lessened through designing for snow at the master planning stage of a town expansion or subdivision plan. And by designing for snow, I mean the consideration of where the drifting is coming from, where it will settle, and how that impacts accessibility to pedestrian areas.

Similar to pedestrian comfort, information regarding wind directionality and frequency is necessary for making informed decisions about snow drifting and accumulation. First the wind data should be limited to the months with below freezing temperatures, which is when snow will drift (snow doesn’t drift in Vancouver as the monthly average temperature is always above 0°C). Within this limited data, the important winds are those above approximately 23 km/h, which in our experience is the threshold speed required to move snow. For instance, in Winnipeg drifting is associated with southerly winds, while in Toronto drifting is associated with winds from the northwest quadrant (north, north-northwest, northwest, west-northwest and west). In Iqaluit, drifting is generally limited to three directions: northwest, north-northwest, and southeast.

Another piece of information to consider is the amount of snow the community receives during the winter months. For instance, Winnipeg receives approximately 96 cm of snow between November and March; Toronto receives 104 cm in the same period; and Iqaluit receives 206 cm between October and May.

Now you understand your climate, what’s the next step?

First, consider how the new development relates to the frequent winds. How does this interact with the massing of the existing community? For instance, if the new development is along the upwind edge of the community, it will receive the greatest accumulations of snow as it will be the first obstruction the snow “sees”. Alternatively, a new development in the centre of a community will have drifting conditions similar to its surrounding developments.

Second, try to align the new roads with the most frequent strong winter winds. If Mother Nature is going to cause the problem, get her to do the maintenance for you! Allow the strong winds to clear the snow by blowing it along the road. Not only is this efficient, it is sustainable as it reduces the energy demand on maintenance efforts.

Third, how do the buildings relate to each other? Most communities have setbacks from roadways due to zoning. The larger the setback, the less likely snow will drift on to the street due to interaction with the building. Also, the distance between the buildings influences the formation of snowdrifts: too close together and the channeling wind accelerates through and then deposits significant volumes of snow downwind. Our rule of thumb for reasonable distance between buildings is two to three times the height of the tallest (of the two) buildings for effective control of drifting.

One last thing to consider relates to maintenance… where do you pile all that snow? In most areas of southern Canada, large piles are not observed within town limits, as the snow is removed to larger catchment areas. However, in the Arctic, the snow is piled within the community. When planning a new subdivision, the location of these community piles should be considered, so that the piles themselves do not provide additional volumes of drifting snow, leading to unforeseen problems.

Will these thoughtful approaches get rid of your snow?… umm, no. However, by considering these issues up front, snow drifting issues can be better managed over the lifetime of the development. 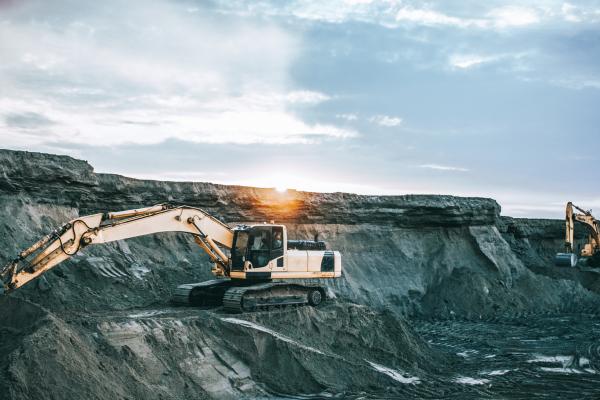 Turning waste into energy and recycling with enhanced landfill mining