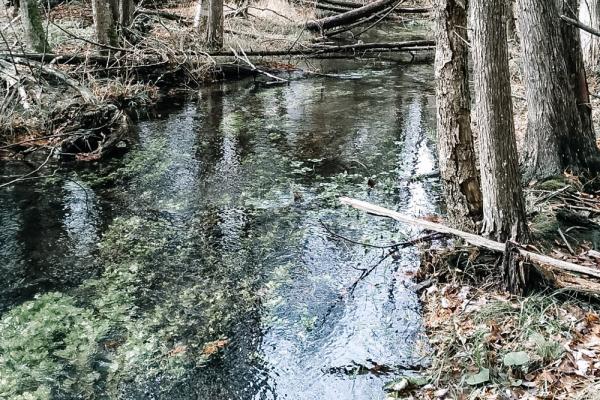 The Power of Environmental DNA

Wouldn’t it be amazing being able to identify the species living in a specific location without seeing them? Well this is possible! Environmental DNA (eDNA) allows scientists to identify species using environmental samples. Using this innovative technique, researchers can detect a single target species or map entire species communities using water, soil or sediment samples.

But how is this possible? All living organisms leave traces of their DNA in the environment due to biological process (mucus, gametes, feces, etc.) and their interactions with the habitat. This DNA can be recovered from environmental samples and used to identify the species present in that location. Each living organism has a unique DNA; scientists are using that distinctive information to develop molecular tests that allow the accurate identification of the species using eDNA. Strictly, eDNA has been defined as the “genetic material obtained directly from environmental samples (soil, sediment, water, etc.) without any obvious signs of biological source material” (Thomsen and Willerslev 2015). Thus, eDNA surveys can advance current biomonitoring practices.

Brook trout populations have declined in Ontario due to developmental pressures. Biomonitoring surveys using conventional methods and eDNA took place during the fall 2019 to determine the presence of Brook trout in Hanlon Creek, Guelph ON.

Since eDNA was first used in 2008 to detect a multicellular aquatic organism —the invasive American bullfrog (Lithobates catesbeianus) (Ficetola et al. 2008)— there have been multiple methodological and technological advances in their use. Different methodologies have been developed to detect eDNA and are used around the world. Overall there are three main steps to analyze eDNA:

2) extraction and purification of the DNA, and

3) molecular detection of the species.

There are two main approaches for the molecular detection of species: targeted detection of a single species and metabarcoding. Both approaches are very sensitive and can provide valuable ecological information. The detection of a single target species from environmental samples can be done using a genetic test that is species-specific. This approach involves the use of a sensitive molecular technique called real-time quantitative polymerase chain reaction (qPCR). In recent years, scientists have also used a more precise and sensitive technique called digital droplet polymerase chain reaction (ddPCR) for the targeted detection of a single species eDNA. On the other hand, DNA metabarcoding is a more general approach that allows the identification of the DNA from all the organisms present in a sample. Metabarcoding can provide an insight of the entire ecosystem (at a certain point in time) by analyzing just an environmental sample. 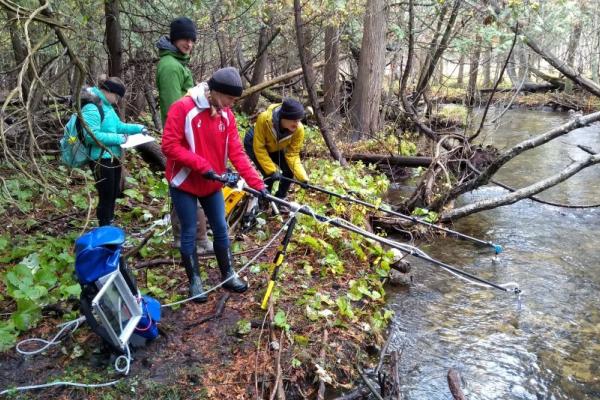 Water sample collection and filtration during the eDNA survey to detect Brook trout in Hanlon Creek, Guelph ON.

eDNA vs. Conventional Biomonitoring Practices — How eDNA can Save Time, Money and Resources

Conventional biomonitoring techniques rely on the direct observation or capture of the species. They can be labour intensive and highly disruptive to the organisms and their habitat. eDNA surveys, on the other hand, allow species detection without physically sampling them. Thus, minimizing stress to the organisms and habitat disruption as a sample is only required from the environment.

In addition, eDNA surveys could reduce operation times, human labor and could be more cost-effective than conventional biomonitoring methods. eDNA surveys could be employed all year around and without the need of environmental permits and approvals. In the last few years, scientists have been using eDNA successfully and accurately to detect Species-At-Risk (SAR), invasive species, indicator species, and pathogens, even at low abundance. The use of eDNA surveys by the environmental sector has enormous potential and represents a revolutionary technological advance for biomonitoring and ecology in general.

Environmental consultant agencies are now giving attention and exploring the potential of eDNA in their survey protocols. SLR recently collaborated with the University of Guelph and other partners to conduct an eDNA survey to monitor the presence of Brook trout in Hanlon Creek, Guelph ON. This collaborative work included the comparison of a conventional electrofishing survey with eDNA to detect the presence/absence of Brook trout in Hanlon Creek during the early fall of 2019. 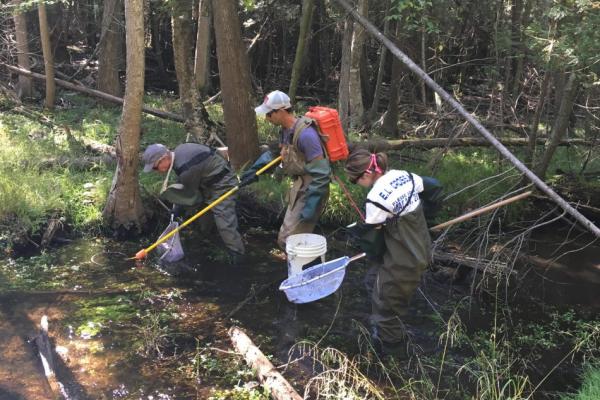 Additionally, a second sampling event took place later in the fall (November). The second event occurred during the spawning season of the species and therefore it only involved an eDNA survey. The presence of Brook trout was confirmed by electrofishing in four of the five sampled sites. However, eDNA results suggested the presence of the species DNA in all sampled sites. These results were supported by the second eDNA survey. As demonstrated by this project, eDNA surveys can be used all year around and are not limited by the obtention of permits or species regulations. 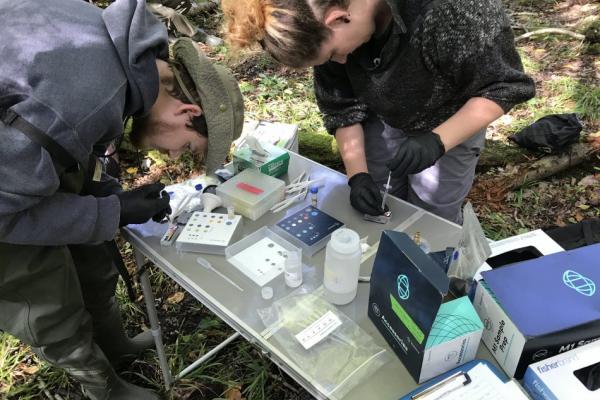 img With current technological advances, the extraction and purification of environmental DNA can be done in a few minutes directly on-site.

In order to push the application of eDNA further in the environmental industry, we need to advance eDNA practice, technology and applications. It is also necessary that regulatory agencies fully accept the results obtained from eDNA surveys in decision making. Collaboration among academia, regulatory agencies and industry is necessary to advance the use of eDNA and promote standardization of methods.

In that context, Pathway to Increase Standards and Competency of eDNA Surveys (PISCeS) International Conference aims to bring together academics, regulators and industry to engage in discussions and further advance the standards of environmental DNA for biomonitoring. This conference is a great opportunity to broadcast and learn the latest eDNA advances and to make great connections with the eDNA community. PISCeS International conference will take place at the University of Guelph (date to be determined).

For more information about the PISCeS visit the official conference website at https://www.uoguelph.ca/ib/PISCeS_2020

or follow the conference on its various social media outlets: 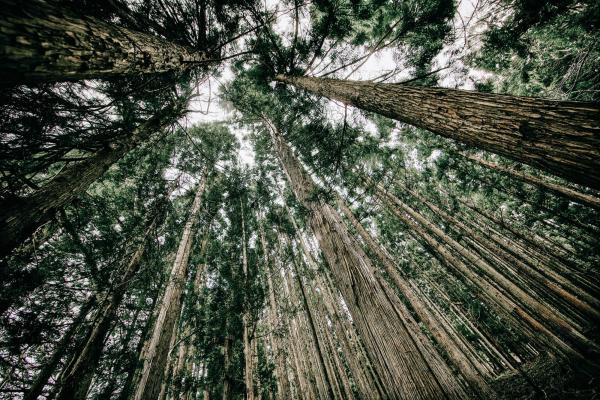