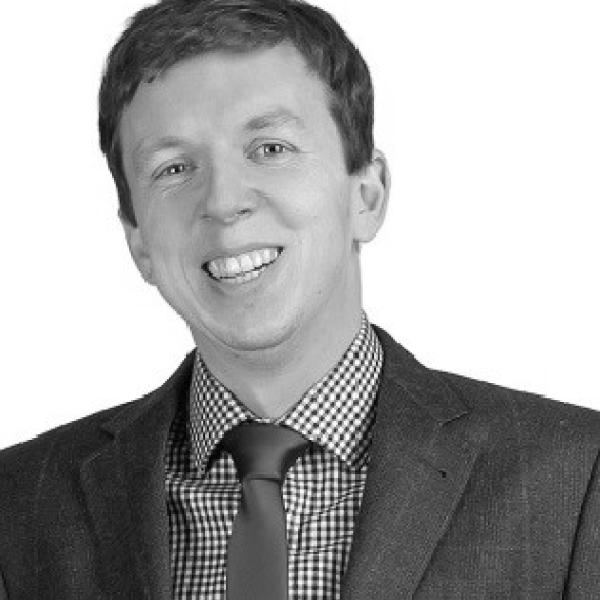 With 10 years experience in both VISSIM and S-Paramics software, Anthony is highly skilled in applying and delivering modelling aspects of small and large-scale transport projects for both public and private sector clients, in the UK and abroad. Anthony has applied his modelling skills to good effect having supported local authorities in assessing their transport needs across a variety of studies and funding bids. He achieved a Distinction in his master’s degree in Civil Engineering Management at the University of Wolverhampton prior to joining the industry in 2012.

Microsimulation modelling helps analyse highway conditions via a computer simulation. The modelling can provide a future year assessment of With and Without development cases to identify the location and scale of the impacts of development, and allow for iterative highway mitigation testing that is both supported by the Local Authority and commensurate with the forecast impact.

As we move towards a future with less focus on car-based infrastructure provision, the desired outcomes of modelling exercises are changing. Local Authorities no longer wish to build their way out of congestion, but conventional forecasting methods are in contrast with these ambitions. There is a prevailing sense that a more congested model is a more robust model and therefore a better tool for providing direction. The reverse however, is true; an overly congested model environment will struggle to establish the true impact of development. This can lead to questions over model accuracy, but more dangerously it leads to a pessimistic view of the future that encourages the over-provision of car-based mitigation strategies.

Ignoring Strategic modelling for now (which warrants a blog in itself!), forecasts typically use growth factors derived via the TEMPro database, and/or the addition of committed development demands. Both are flawed when used in the traditional way.

A paper published by the Transport Planning Society (TPS), written by Hannah Clark of Devon County Council, sought to retrospectively analyse TEMPro growth factors between 2001 and 2014 and compare them with observed growth during the same period. The results are quite staggering. Three towns in Devon were selected for analysis:

Latest TEMPro forecasts for the county of Devon predict that between 2014-2030 traffic growth will exceed 10%. The COVID-19 pandemic, along with greater prevalence of climate-sympathetic views, particularly amongst younger people, and the associated changes to travel behaviours that these factors engender, suggests that the -1.8% to +2.4% observed in the 2001-2014 would be an overly robust prediction between 2014 and 2030.

At SLR our own recent research on a live project in central Oxford showed TEMPro forecasted growth of -1.2% between 2011 and 2017, where analysis of numerous permanent count sites located around the study area returned growth of -7.6%.

Are we continuously making the same mistakes for the sake of simplistic forecasting?

Regarding committed developments coming forward it is undeniable these will generate and attract vehicle trips, but these trips aren’t necessarily new. Our models should look to revise existing trip patterns in line with the locations of these developments, not simply add them to an existing baseline that assumes what is true today will be true tomorrow.

As part of the UK’s Net Zero commitment, central government has pledged “£2 billion investment which will help enable half of journeys in towns and cities to be cycled or walked by 2030”. There are Low Traffic Neighbourhoods, Cycle Highways, Low Emission Zones, Workplace Parking Levies, the list goes on.

With doubts over TEMPro forecasts, and with aspirations at a central and local level to reduce private vehicle use even further, why do we forecast ourselves into traffic oblivion before we’ve even got started?

We as modellers should not seek to build an accurate model of the future – the statement itself is oxymoronic. We should seek to build a version of the future, supported by data and judgement, that can be used as a sensible benchmark and crucially, can provide a suitable and stable modelling tool. In doing so a development impact can be clearly identified, and developer and Local Authority alike have a means by which to agree suitable mitigation strategies to allow the development to proceed, as well as helping the Authority achieve its targets for network management and sustainable transport/active travel.

Oftentimes our role is as a conduit between these two parties to allow this transaction to take place, and the tools we adopt therefore should be well thought out, not ‘forecast-by-numbers’. Base plus Growth = Future is not going to cut it if we’re serious about shifting away from predict and provide.

The Propensity to Cycle Tool is an online database developed by Dr James Woodcock at University of Cambridge which aims to assist transport planning professionals to identify where cycle is currently a popular mode choice, and where cycling shows potential to grow (and where barriers exist that may prevent growth!). Tools and data in these fields are limited, however. Bus companies, electric scooter providers and cycle hire operators will all hold data, and it is up to us as modellers to work out how to obtain, analyse, use, and justify these unconventional data sources within our forecasting. We need to move away from the presupposition that forecasting is synonymous with higher traffic levels. We know this is false; we need to start compiling the evidence to prove it.