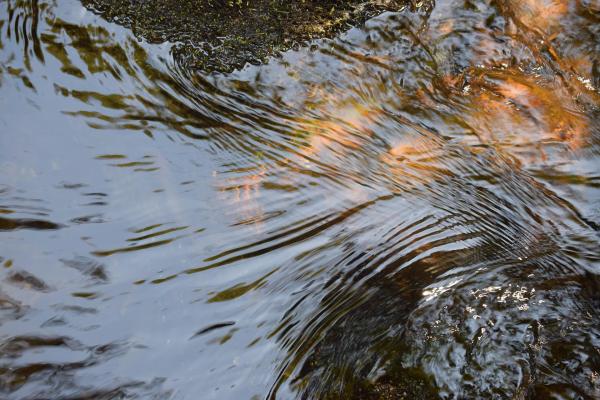 The rare earth elements (REEs) or rare earth metals consist of seventeen chemical elements, the fifteen lanthanides, scandium, and yttrium [1]. Scandium and yttrium are considered rare earth metals since they exhibit similar chemical properties to the lanthanides and are found in the same ore deposits as the lanthanides. REEs are typically categorized into two sub-groups, the cerium sub-group of “Light” rare earth elements (LREE) which includes lanthanum to europium and the “Heavy” rare earth element (HREE) subgroup which includes gadolinium to lutetium in addition to yttrium [2]. Except for radioactive promethium, REEs are moderately abundant in the Earth’s crust, with some REEs more abundant than copper, lead, and gold. Despite this relative abundance, most REEs are not found in concentrations great enough to make them economically exploitable [3]. The REEs are never found as pure metals but rather exist in a variety of minerals including silicates, oxides, carbonates, phosphates, and halides [4]. The United States, once able to domestically produce sufficient REEs, has, for more than 20 years, become almost totally reliant on imports, primarily from China, because of the low cost of operations [5].

Most REEs are found in deposits of the minerals bastnaesite, monazite, and xenotime [6]. Over 90% of the World’s economically recoverable REEs are found in primary mineral deposits, with bastnaesite deposits in the United States and China accounting for the largest concentration of REEs [7]. Ideally, bastnaesite, a low-thorium mineral, is preferred over thorium-containing monazites, because of concerns over the radioactive hazards associated with element thorium. However, monazites generally contain more of the high-value heavy REEs. Bastnaesite and monazite account for approximately 95% of the current sources for the LREEs, while xenotime is the primary mineral source for the HREEs and yttrium [8].

To meet growing global demand, alternative sources for REEs are currently being explored. These include phosphate mining waste products, coal combustion residues (CCRs or coal ash), bauxite residue (red mud), and shale drill cuttings. It is estimated that 100,000 tons of REEs are co-mined with 170 million tons of phosphate rock annually [8].

While numerous procedures to extract and recover REEs from these alternative sources have been reported, none have yet seen widespread commercial acceptance due to various limitations, such as high cost, low efficiency, lack of specificity, impact on primary product purity and yield, temperature sensitivity, environmental impact, and the inability to economically extend the technologies to large-scale operations. Clearly, there is a need to improve the extraction and recovery technology of REEs and other valuable metals.

One way to achieve a commercially viable separation scheme is to employ a polymer compound that will selectively bind to and remove various REEs and other valuable metals in the presence of potential interfering ions, such as calcium, magnesium, and iron. Furthermore, this process should be economically viable, efficient, scalable, applicable to environments with high total dissolved solid (TDS) concentrations, relatively insensitive to ambient temperature, and have minimal environmental impact. Periodic Products has previously [9] reported on a series of novel, non-toxic, water-insoluble polymer compounds that rapidly and efficiently remove several metal ions, including both light and heavy REEs, from aqueous media. This report summarizes the performance characteristics of these polymer compounds in several REE and related mining applications.

In laboratory studies, these polymers exhibit the specific, selective, and fast complexation of transition, post-transition, and lanthanide metal ions, in addition to demonstrating the reusability of the chelating polymeric ligands. The adsorption capacity of these polymers for the transition, post-transition, lanthanide, and actinide metals is substantially higher than other heterogeneous adsorbents and is equivalent to those obtained with homogeneous sorbents.  Additionally, the ease of separation of polymer from aqueous media via gravity filtration avoids the use of high-pressure ultrafiltration associated with the separation of aqueous ion solutions and homogeneous sorbents.  Lastly, the polymers exhibit second order adsorption kinetics over a pH range from 1.5 to 14 and are not affected by high concentrations of Group I or Group II metals, such as sodium, calcium, and magnesium.

The impact of temperature and TDS concentration on this technology was investigated in two separate studies. In a year-long field study in West Virginia conducted under temperatures ranging from 10 oF to 95 oF, polymer-filled geotextiles passively removed selenium and manganese from a coal mine tailing pond to discharge-compliant levels. In a second study, the polymers selectively removed transition metals and lanthanides from undiluted copper mine pit water having a TDS greater than 100,000 milligrams per liter (mg/L). This pit water contained a mixture of 18 transition and lanthanide metals having a total concentration of 13,000 mg/L. Polymer treatment reduced the total concentration of these 18 metals to less than 4 mg/L. Additionally, due to the presence of coordinate-covalent bonding in these polymer species, metals existing primarily in their anionic form were also removed. Arsenic concentrations were reduced from 0.589 mg/L to <0.10 mg/L and chromium concentrations were reduced from 1.384 mg/L to < 0.10 mg/L. Lastly, the mixture of metals was quantitatively removed from the polymer and recovered. Thus, the performance of the polymer technology was not affected by ambient temperatures of 10 oF to 95 oF or TDS concentrations of at least 100,000 mg/L.

In a series of other investigations, these polymer compounds have also been shown to bind 98% to 100% of the REEs extracted from Marcellus Shale cuttings, bauxite residues, and coal ash residues.

The results of these studies suggest that this polymer technology represents a highly efficient and cost-effective method for the removal and recovery of REEs and other metals from several mining waste streams. The rapid kinetics, metal selectivity, and pH stability, along with the ability to reuse the adsorption polymers increases the economic viability of this process for transition, post-transition, lanthanide and actinide metal extraction and recovery from previously unrealized sources.  As a result, this polymer technology represents an opportunity for the production of REEs as well as water treatment applications.